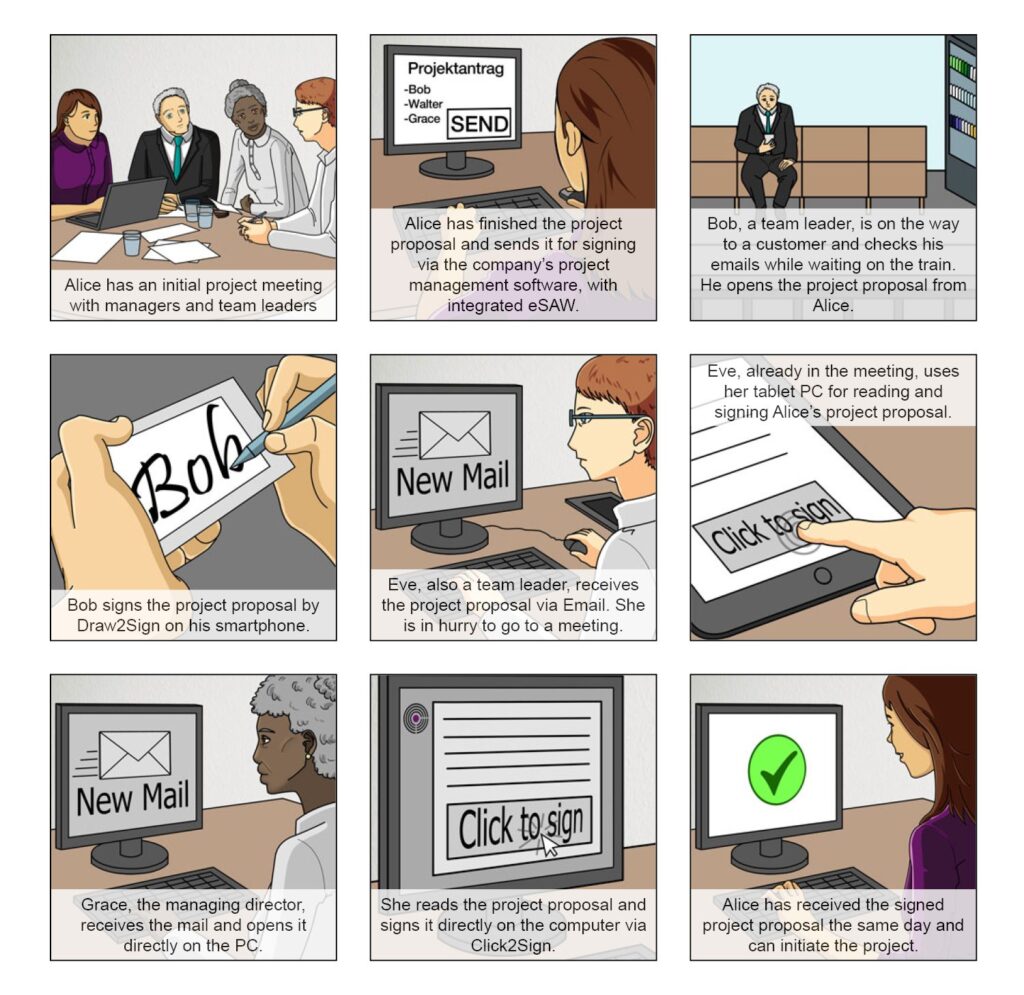 This example shows how eSignAnyWhere can fasten your internal processes. With parallel signing, like used in this example, no specific order of siging of the managers or team leaders is required. This digitalization of an internal process increases your efficiency and effectiveness.